Last Monday, I had the privilege of leading a devotional for the Lydia Class, a ladies' Bible study group in our church. Not only was the time together a fun experience, but I thoroughly enjoyed the preparation for the devotional prior to that. Knowing the theme of the meeting was related to Valentine's Day, I felt led to share on jewels, or precious stones - specifically some of those mentioned in the Bible. 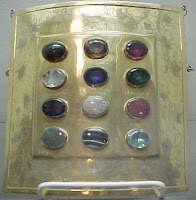 Exodus 28 God outlines for Moses the design of the high priest's breastplate which he is to wear within the Tabernacle only and while administering the functions of his office. It must have been a fabulous sight. I've included a couple pictures of some from history. Each of the twelve jewels stood for a different tribe of Israel. Its design was to show the glory and beauty of the Lord and be a continued memorial before God regarding His Covenant with the tribes of Israel. What that spoke to me is nothing is too valuable to be used in the service and ministry of God, and for him to want jewels to represent his people inherently states his perspective on the value of his people.

The next passage we reviewed focused on Revelation, specifically, the description of the 12 precious foundation stones of the New Jerusalem as John saw in his vision and recorded in 21:18-21. I’ll fully confess what I learned is neither an exhaustive study on gems, nor settled truths of fact regarding those gems. There’s a lot of debate about gemstones’ name changes over the millennium, and every Bible translation seems to include a list a little different than the next. But you might enjoy some of the tidbits I found about the history of the stones and their symbolic meanings. I'll share them in insta 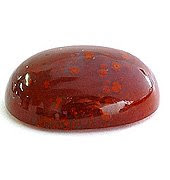 llments over the next few days.

The first is Jasper. In ancient times, Jasper was believed to heal illnesses, strengthen the stomach, aid in sleep, cure gynecological problems, bring joy into life, drive away evil spirits and draw poison from snake and spider bites. (Quite the cure-all, wouldn't you say?) It's symbolic meaning is Justice. 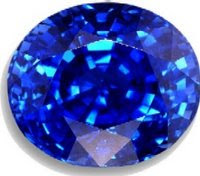 The second is Sapphire. Sometimes called a love charm because it symbolizes truth, sincerity and faithfulness, Sapphires have a grand history. Tradition states the tablets containing the Ten Commandments were composed of sapphire so strong, that if a hammer swung against them, it would be smashed to pieces. Many other cultures believed sapphires imparted healing and calming properties. Sapphires have been worn by such royalty as Princess Diana and Princess Anne, who both received sapphire engagement rings. Additionally, the British Crown Jewels are full of large blue sapphires as symbols of purity, virtue and wisdom.

Be looking for the next installment!
Posted by Julie at 9:06 AM